Germany was one of the biggest forces in movie history in the 1910s and 1920s. It was especially influential on the Horror genre, bringing us masterpieces like Nosferatu and The Cabinet of Dr. Caligari. While still active in the horror genre, Germany is also a big adversary for every horror fan. Why? Because they ban movies, to protect the youth. In this list I’m going to give you five examples of horror movies that are still banned in Germany to this day.

Written by Stephen King, directed by George A. Romero, special effects by Tom Savini, Creepshow is a fun horror anthology by three legends of the business. five vastly different stories, funny in some parts, scary in others. And all well done and gripping, just like it should be.

I actually found this movie at a pretty young age. Yes there is blood. Yes there is gore. But is it too much to handle? Is it going to scar teenagers forever? So much that grown adults shouldn’t be able to see it? I don’t think so.

Before the Hunger Games there was Battle Royale, with an eerily similar plot. In a dystopian future, each year the government kidnaps a random 9th grade school class and forces them to fight to the death.

This movie is very brutal. And it’s not adults fighting each other, but innocent teenagers. Still, this movie doesn’t just torture children for fun. It’s not like A Serbian Film, fucked up for publicity. It’s a story. Teenagers are put in this horrible situation and they work on getting out of it. And there are stakes, while the Hunger Games movies downplay these by not showing any blood or gore, and not many on screen deaths.

Dawn of the Dead

Another Romero movie, probably the second most important zombie movie there is. As zombies break loose all over the world, a random group of people take shelter in a shopping mall. Sounds like fun, right?

Once agian special effects by the legendary Tom Savini, so of course Germany doesn’t like it.There is lots of blood and gore and guts. And zombies. So many zombies that the German title of Dawn of the Dead is actually just Zombie. But let’s be real for a second, while still great, the special effects aren’t that scary anymore. Special effects got even better thanks to CGI and 40 more years of working on them. And, as in every movie on this list, there is much more going on, the story is about humans trapped together, not only about the Zombies.

A classic slasher movie, debuting the idea of Jason Vorhees, who in himself is more famous than his movies. In Camp Crystal Lake a killer is on the loose, stalking and killing teenagers left and right.

I guess Germany just hates Tom Savini? He was the master behind the kills in Friday the 13th, giving us iconic scenes like an arrow through Kevin Bacons neck, that still baffle viewers today. Yes, this movie is brutal and gory. Yes, there isn’t much else to the story. But really, can’t we let the poor Germans watch one of the most iconic movies of the last 40 years?

Night of the Living Dead

The most important Zombie movie of all time, bringing us the original zombies we all know and love. As Barbara and her brother visit a graveyard, a random man attacks them. Barbara manages to flee and hide in an empty house. Soon she finds out the dead have returned and they are hungry for human flesh. 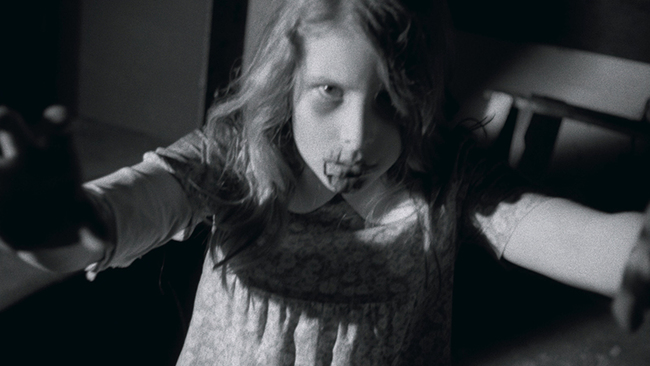 So let’s just say if you are Romero or Savini, chances are high that your movie will be banned in Germany. Luckily, this movie is in the public domain, which means everyone can watch it online now. But it’s just incredible that an almost 50 year old movie is still banned. Especially one of the greatest movies ever made. There is not much gore in this movie, also it’s in black and white, so even less gore to be seen. To be fair, there are now lots of DVDs and BluRays of this movie sold. But officially, Night of the living Dead is still banned in Germany.

Take a look at our iHorror article: