The large metallic monolith that was discovered in the Utah desert on November 18, 2020, has suddenly vanished.

Originally found by state officials counting heads of sheep via helicopter, the shape is 12-feet-tall and was embedded deeply in the ground.

Movie buffs have likened it to the foreboding pillar in the 1968 sci-fi classic 2001: A Space Odyssey. Some have even called it a token leftover from otherworldly visitors. Who knows?

Up until recently the location of the object was unknown. But it didn’t take long for curious adventurers to find it for the sake of curiosity and Instagram selfies. 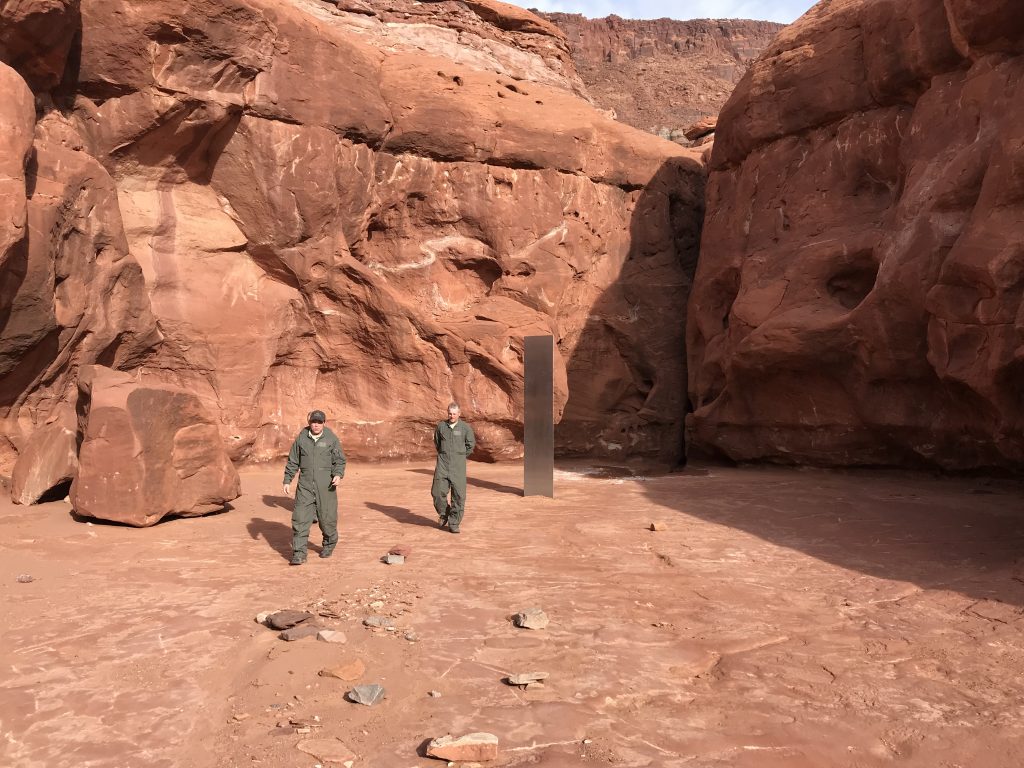 Anyone planning to find it for themselves better put their plans on hold because the formation has disappeared.

The organization added the structure was on private property and probably removed by “a person or group” on the evening of November 27.

The local sheriff’s office is investigating the situation which could lead to criminal charges for those involved.

A curious explorer, Matt Misbach, said he arrived at the site of the pillar on November 28 to get a look at it, however, when he reached the area it was already gone.

“I got there early Saturday morning, he told a PA news agency.

“When I arrived there were two young men still in their sleeping bags camping at the site. They got there at 2 am that morning. The monolith was gone when they arrived.”

As the site became more popular among sightseers it also became a health and safety hazard.

“Visitors who flocked to the site parked on vegetation and left behind human waste as evidence of their visit,” said The Utah Bureau of Land Management in a Facebook post. “The undeveloped area does not have restrooms or a parking lot.”

Monticello Field Manager Amber Denton Johnson said the oddity might have been a welcome distraction given the disparaging 2020 news cycle. But, “it was installed without authorization on public lands and the site is in a remote area without services for the large number of people who now want to see it. Whenever you visit public lands please follow Leave No Trace principles and Federal and local laws and guidance.”

Hideo Kojima May Be Working on ‘Silent Hills’ Exclusive For PS5

‘The Crow’ and Its Sequels Land on HBO Max in December