The Gruesomely Real Origin Of The Term “Stiff Drink”

Forget the fancy alcohols of today in their decorative little bottles. People in the early 19th century used to get their libations straight from the barrel; whiskey in particular.

Back in the 1800s things were a little bit different in America. Whiskey was served in plain barrels, but some of those vessels had more than just hooch–they were storage containers for preserving stolen dead bodies and unknowing customers were getting served from them. Medical science has come a long way in the past 200 years. But in its early stages, it required research of course. That research consisted of using cadavers as learning tools. But people were funny about donating their loved-ones to science, so academia employed gravediggers to bring them fresh ones.

Gravedigging was a sort of an unregulated occupation back then. Everyone from students to janitors to doctors participated in the practice and it was good money.

But unlike today, shipping these large forms wasn’t easy. However, thanks to the new railway system it wasn’t impossible.

These heavy dead-weight bodies were hard to excavate. It required a crude pulley system in which the bodies were hoisted from the ground and then shipped to the client. The question was how to ship them to someone in New York from St. Loius. 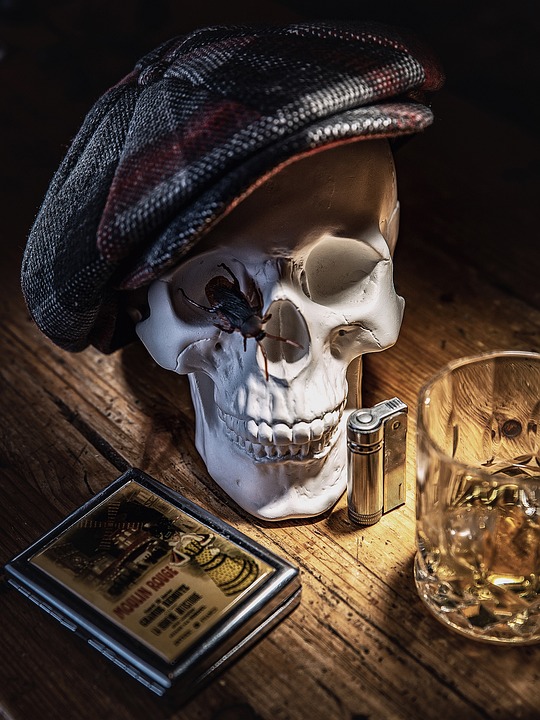 The Baltimore and Ohio Railroad was the only long-distance mass transit service at the time. So gravediggers would fold and stuff their stolen corpses inside whiskey barrels and send them down the rails in cargo holds.  There was only one problem: the stench. How to disguise the smell of a decomposing body to a train full of people?

Easy: whiskey. The barrels were filled with whiskey and that seemed to hide the unpleasant odor. Once the barrels were received the bodies were removed and on their way to labs to be explored.

Ever resourceful, the grim thieves found another way to make a buck. They sold the leftover whiskey to unwitting customers. These were called “stiff drinks” according to Ripley’s. The term was actually coined to describe a dead English Admiral whose body was preserved in brandy. Grave robbing wasn’t legal in America, but lawmakers seldom did anything about it. Cemetary owners were sometimes cut in on the deal so they often turned a blind eye.

Eventually, sometime in the 1900s, the laws were enforced and the practice was discontinued.

The most famous “graverobbers” in history are probably William Burke and William Hare. In the early 19th century, Scotland’s cadavers for scientific study were in short supply. Laws were put into place so that only dead prisoners, suicide victims or orphans could be used. This limited the available quantity of usable dead bodies so Burke and Hare decided to make their own.

They killed 16 people in just under a year in 1828. A comedy movie, directed by John Landis, about the grave-robbing duo was made in 2010, starring Simon Pegg.

So the next time you use the term “stiff drink” to describe your cocktail you’ll know that it doesn’t describe the amount of alcohol in it, but pays homage to the dead bodies pickled in a barrel in the name of medical research so many years ago.