The series Roseanne is one of the best comedic sitcoms of all time. By the second season of the show, the Halloween episode was its “very special” holiday episode.

The episodes were not traditional as in there were no lessons learned, but just making Halloween a big deal.

Even to this day the Roseanne Halloween episodes are a highlight of the Fall season.   If you haven’t seen them yet… you can now catch them all on DVD.

The episodes on the DVD : 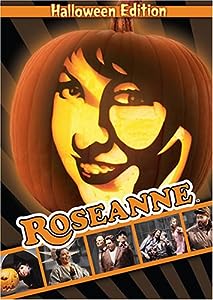