Celebrating Friday, the 13th means paying homage to the mother of the little guy who “drowned” that fateful day at Camp Crystal Lake back in 1958: Mrs. Voorhees.

But did you know there was an Italian mother who was even more hardcore when it came to her own child? We mean really hardcore.

I can’t imagine any horror fan who hasn’t seen the 1980 original, but if you haven’t, carefully read ahead because it contains Friday the 13th spoilers.

In the original Friday the 13th it wasn’t Jason, but Mrs. Voorhees who made it her mission to dispose of camp counselors in a PTSD rage.

However, we’d like you to meet Italy’s notorious Leonarda Cianciulli who preemptively protected her son before anything could happen to him with human sacrifices. And if that weren’t enough she went an extra gruesome mile, and then another.

Back in 1939 Cianciulli learned that her favorite son was joining the Italian army.

Distraught she turned to the occult in order to make sure he would remain unharmed.

Of course, the only way to ensure his safety was to murder people, dismember them and cook them up for tea, or make them into soap! Which she did, and she documented the whole thing in a memoir. 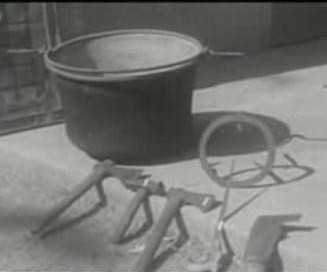 Her first victim was Faustina Setti a woman who only wanted to help Leonarda find a mate. One day while Faustina was visiting, Leonarda drugged her with poisoned wine, then chopped her up then served her at an afternoon social with her son. 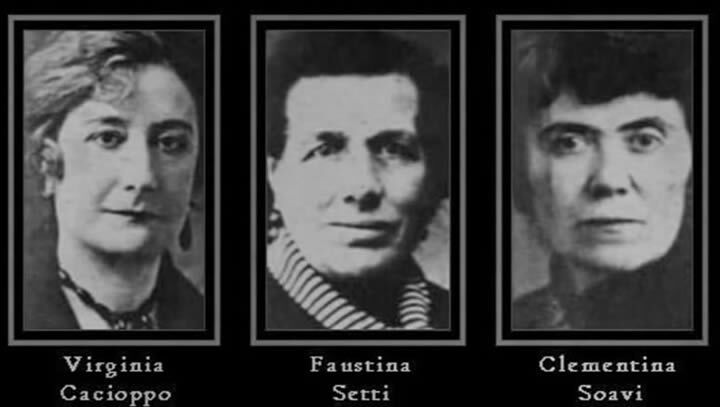 Here is Leonarda’s account of the murder in her own words:

I threw the pieces into a pot, added seven kilos of caustic soda, which I had bought to make soap, and stirred the mixture until the pieces dissolved in a thick, dark mush that I poured into several buckets and emptied in a nearby septic tank. As for the blood in the basin, I waited until it had coagulated, dried it in the oven, ground it and mixed it with flour, sugar, chocolate, milk and eggs, as well as a bit of margarine, kneading all the ingredients together. I made lots of crunchy tea cakes and served them to the ladies who came to visit, though Giuseppe and I also ate them

The next victim was Francesca Soavi who was bludgeoned with an ax before she was baked into pastries which were then sold. When all was said and done Leonarda made 3,000 lira from the treats and beauty products.

And finally there was Virginia Cacioppo who met the same fate as above, but instead of making snacks out of her remains entirely, Leonarda also made her into soap. The killer was very excited about this kill because of how she tasted:

She ended up in the pot, like the other two…her flesh was fat and white, when it had melted I added a bottle of cologne, and after a long time on the boil I was able to make some most acceptable creamy soap. I gave bars to neighbours and acquaintances. The cakes, too, were better: that woman was really sweet.

The spree came to an end after Leonarda was arrested on a tip from one of the victim’s sisters. Faustina was found guilty of murder in 1940

Undaunted, Leonarda never denied her murderous rampage, in fact, she had to correct some of the statements made during the prosecutor’s questioning. Here’s the news item from that trail:

At her trial in Reggio Emilia last week Poetess Leonarda gripped the witness-stand rail with oddly delicate hands and calmly set the prosecutor right on certain details. Her deep-set dark eyes gleamed with a wild inner pride as she concluded: “I gave the copper ladle, which I used to skim the fat off the kettles, to my country, which was so badly in need of metal during the last days of the war.

Yeah, Mrs. Voorhees has nothing on this protective mother.