Who’s been watching Scream this season? For those who have been keeping up with MTV’s continuation of the series on the small screen, fear not: it will be back for at least six more episodes next season. So, whether or not you like the new design of the iconic Ghostface mask, it’s not likely that it’ll be going anywhere.

While no further information has been provided as of yet, this will come as a reassurance for those who were unsure about the future of the program. The third season of Scream will be airing on MTV sometime during 2017. 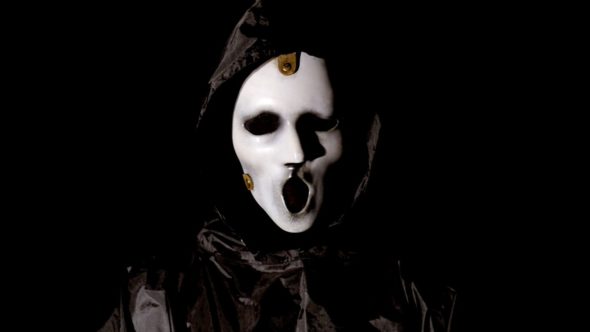 Even though the second season of Scream ended in August 2016, fans of the show will get their hands dirty with a Halloween special that will air on Tuesday, October 18 at 9/8c. According to MTV.com:

The biggest success story: Noah and Stavo, who are now best-selling authors. In fact, the duo’s new career is bringing them (plus Emma, Brooke and Audrey) to Shallow Grove Island, where they’ll research the legend of Anna Hobbs for their next book.

Anna who? Apparently, she’s a Lizzie Borden-like babe who killed her entire family on Halloween. Interesting fodder for a novel, but Noah and Stavo (and eeeveryone else) get a plot twist when yet another murderer — hellooo, this is Scream — begins slaying people with a pair of hedge clippers.

Even worse, Ms. Duval soon gets a startlingly familiar phone call from the voice we’ve all come to know and dread. And that’s not the only reason to do a Brooke (aka freak the f*ck out) : At the end of the clip, someone is shown back home, checking into a local motel. But who is it? One clue: The front desk clerk warmly greets the visitor, saying, “Welcome to Lakewood, Mr. James.”

You can watch a trailer for the Halloween Special below. Who will be coming back for the third season? Who will be directing, and what will it even be about? We’ll keep you posted. Let us know what you think about the Halloween special in the meantime.

Top 5 WTF Moments From Season Six Of The Walking Dead