Yes, you read that crazy headline right. There were loads of new updates on the Creepshow TV series released this week, outlining not only new additions to the cast but also plot details for all of the episodes in the first season.

Fans of both Kid Cudi and fellow rapper Big Boi of Outkast will be pleased to know that they’ll both have roles in the show. Also announced is cult horror star Jeffrey Combs of Re-Animator – but you and I are both aware that Combs needs no introduction.

Bruce Davison, who is no stranger to horror anthologies having been featured in Tales from the Crypt, has also been added. Finally, DJ Qualls is also joining the show – he’s been in a ton of movies and TV shows, but to me, he’ll always be from The New Guy. You know who I’m talking about.

The cast has already been spectacular, but these new additions to Creepshow come as a welcome surprise nonetheless.

Slash Film also gave us the details on all of the episodes for the first season of the show’s return. Read them below, and follow this link to make sure you’re up to date on all Creepshow news!

Even then they’re a little too old, this group of friends still want to trick-or-treat but getting candy isn’t all they are looking for.

A group of American soldiers, trapped behind enemy lines during World War II, finds an unconventional way to even the odds.

By the Silver Water of Lake Champlain

Her dad died looking for the monster living at the bottom of Lake Champlain, and now, will she?

Directed by: Dave Bruckner (The Ritual)

A young boy, bullied by his older brother, sneaks into an abandoned farm that is protected by a supernatural force.

An unhappy man discovers a severed, inhuman appendage on the street and brings it home, where it grows into a loyal companion with some deadly quirks.

Doc and Chief, two old-timers in a small, dying town, brave a storm to check on Richie, an alcoholic single father, after encountering his terrified son at the local convenience store. The story, first published in 1973, is part of King’s best-selling 1978 collection, Night Shift.

The House of the Head

A powerful woman denies a promotion to her protégée and lover but fails to anticipate the fallout.

The Man in the Suitcase

Directed by: Dave Bruckner (The Ritual)

A college student brings the wrong bag home from the airport only to find a pretzeled man trapped inside, afflicted by a strange condition that turns his pain into gold.

Night of the Paw

A lonely mortician finds company in the ultimate  ‘be careful what you wish for’ story.

A man considers a miraculous new treatment for weight loss that turns out to have unexpected complications.

Times is Tough in Musky Holler

Written by: John Skipp and Dori Miller, based on their short story

Leaders who once controlled a town through fear and intimidation get a taste of their own medicine.

Are you excited for Creepshow in a TV format? Let us know! 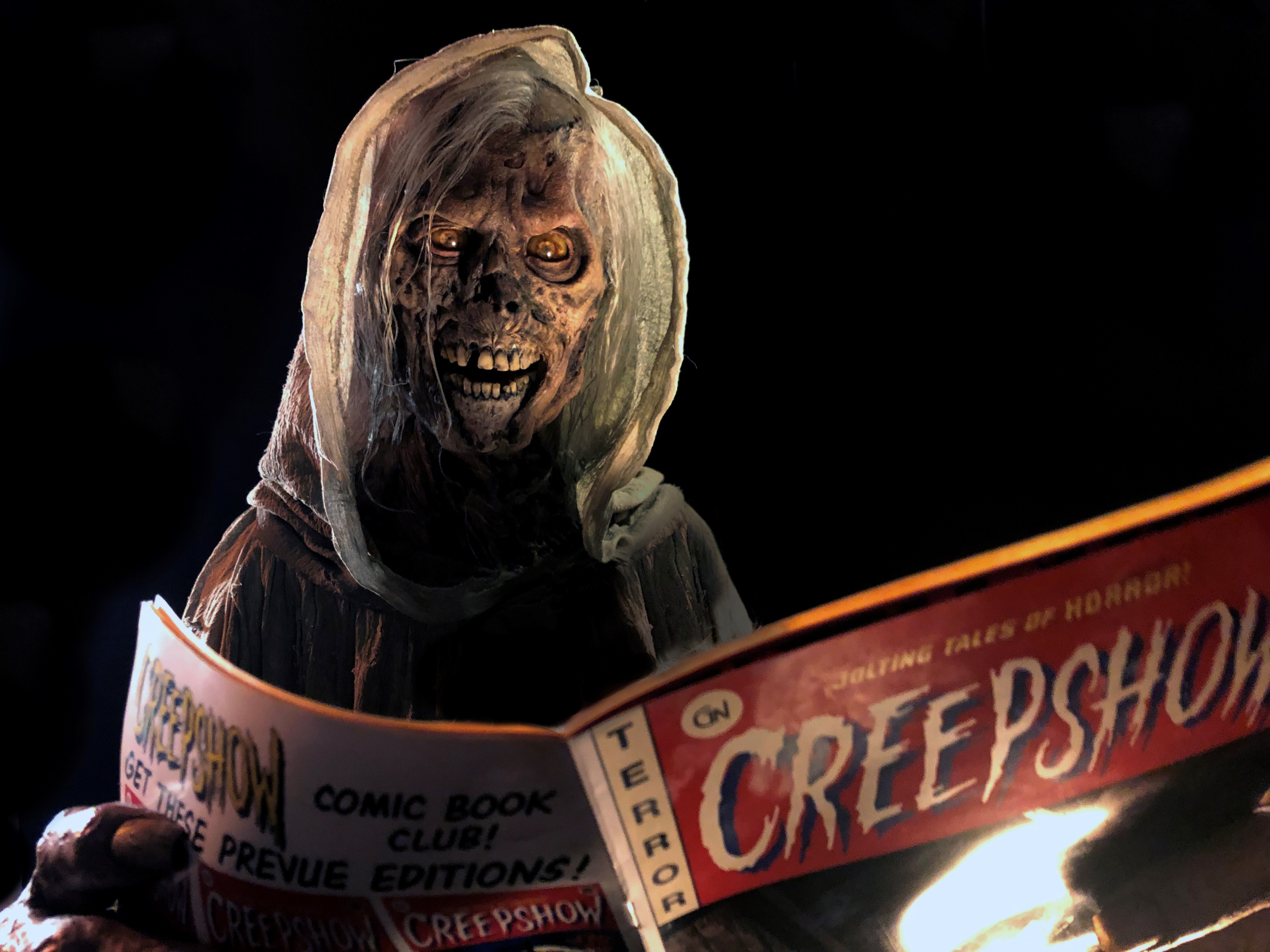