“It’s Christmas Day and the Milgram family wake to find a mysterious black substance surrounding their house. Something monumental is clearly happening right outside their door, but what exactly — an industrial accident, a terrorist attack, nuclear war? Descending into terrified arguments, they turn on the television, desperate for any information. On screen a message glows ominously: ‘Stay Indoors and Await Further Instructions’. As the television exerts an ever more sinister grip, their paranoia escalates into bloody carnage.” 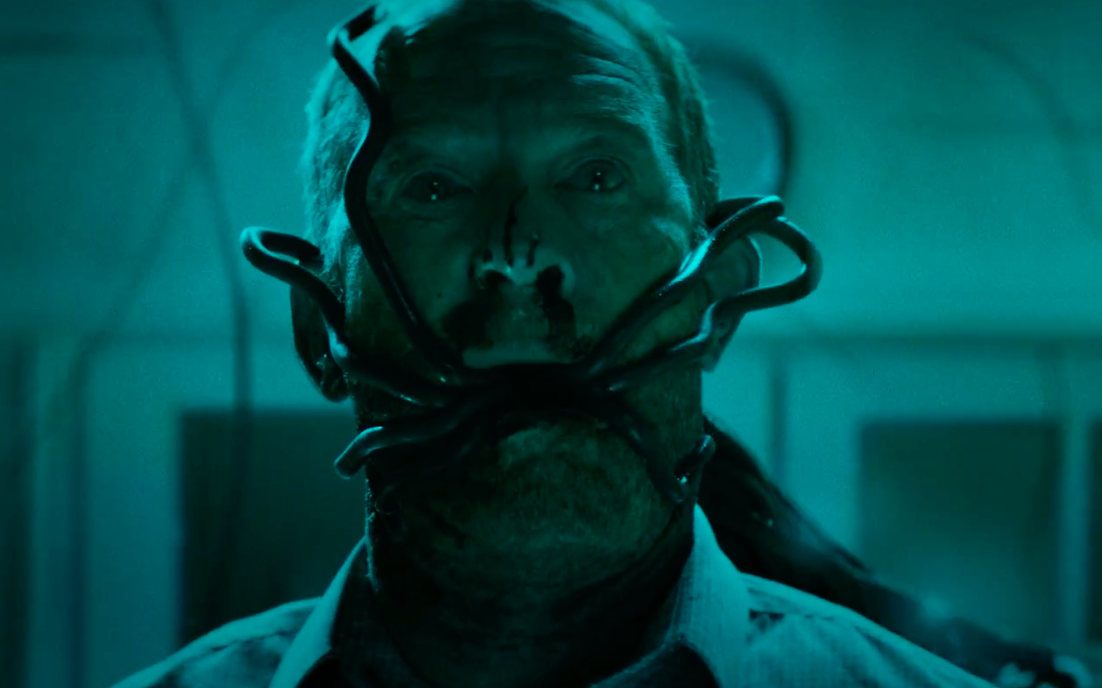 Await Further Instructions, has been drawing comparisons to Black Mirror, and Rod Serling’s original Twilight Zone, but with a bigger emphasis on horror and bloody violence.

And judging from the official trailer, which showcases a brutal sci-fi twist on the home-invasion genre, viewers can expect Kevorkian to deliver on that front!

The film premiered on Oct. 5th, but received a brief and limited theatrical run.

If you liked this article, you can checkout other stories from ihorror like: Jacob Davidson’s review on the insane Mandy, or Kelly McNeely’s review of identity-thriller Cam, upon many others.