In preparation for Alien Day, you can expect a surge of H.R. Giger’s surrealistic Xenomorph artwork to be celebrated along with the legacy of the 1979 film. But Giger had done more than just Ridley Scott’s film. He also worked very closely with another genre very close to my heart: Rock and roll.

While many of these fall into the category of more extreme heavy metal, you’d be surprised at the true span of the relationship between H.R. Giger and music. The artist would retain a very close working relationship with legendary guitarist and singer Tom G. Warrior, who would use Giger’s art in numerous projects of his, but not everything has been so dark and distorted. Progressive rock band Emerson, Lake, and Palmer would feature his artwork as well on an album that traded electric guitars for synthesizers.

While this is just a sample of what I personally find to be his best and most enduring artwork, a deeper search will reveal even more of his powerful and surrealistic art. Read on for my picks of his six best pieces of album art.

“Heartwork” differs from most of the albums on this list due to the fact that it featured one of H.R. Giger’s sculptures as opposed to his paintings. There is a cold, ambiguous feeling to this specific piece. The juxtaposition between the peace sign and the open, spiked arms creates something that is highly unsettling yet unusually simple for the artist. 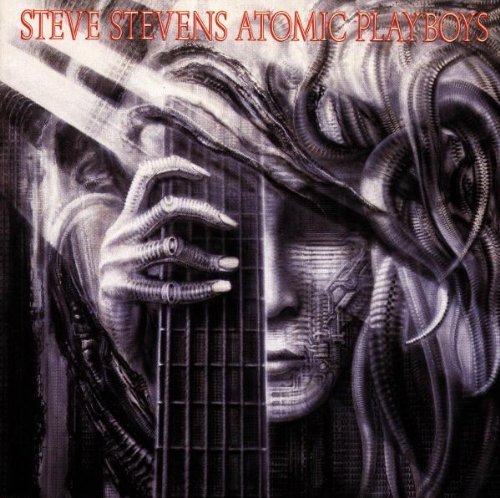 Definitely his most tame, I chose to include this one simply for the fact that I loved how it contained an electric guitar. This is highly unusual for Giger and is one of his least controversial paintings. While many would depict reproductive organs and explicit sex acts, the art for “Atomic Playboys” depicts a fretboard instead. A more mainstream approach without a doubt. 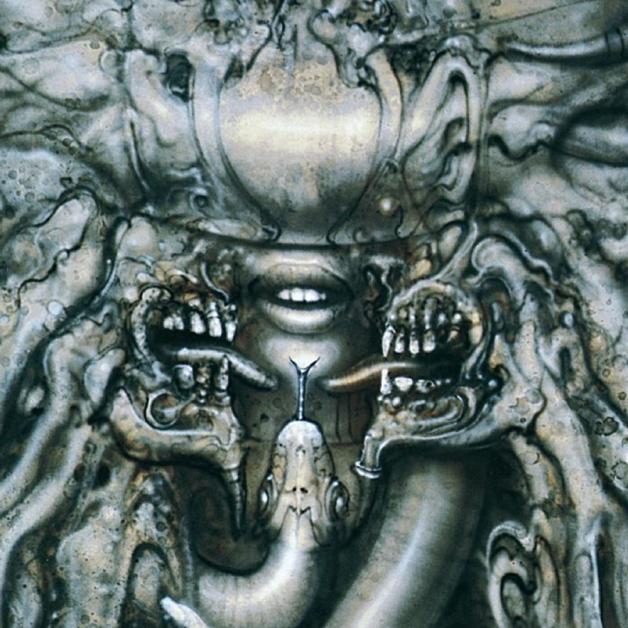 The influence of the Xenomorph is strong here. I find this to be one of Giger’s most appealing works – and that undoubtedly has to do with my love and appreciation for the music on what is my favorite album by Glenn Danzig. There seems to be a relationship between the woman’s mouth, the serpent, and the two creatures approaching from the side; one that feels unsettling and sexual being committed by four members of the same being. But isn’t that exactly what you’d expect from something from Giger?

The first album by the Tom G. Warrior-fronted Tryptykon features on of the artist’s most hellish depictions. Giger and Warrior, as stated above, would collaborate often. Though this is not the most popular of their partnerships – that can be found as the next one down on this list – it’s certainly one of his more extreme and aesthetically involved. And here, we have an immortal album cover by one of the most legendary heavy metal bands of all time: Celtic Frost. Offensive and sacrilegious, this is one of the most enduring album covers in all of heavy metal. Despite this, the phrase I most commonly attach to this piece of art is something very un-metal – a quote from one of my favorite Christmas movies of all time, A Christmas Story. “You’ll shoot your eye out, kid!” 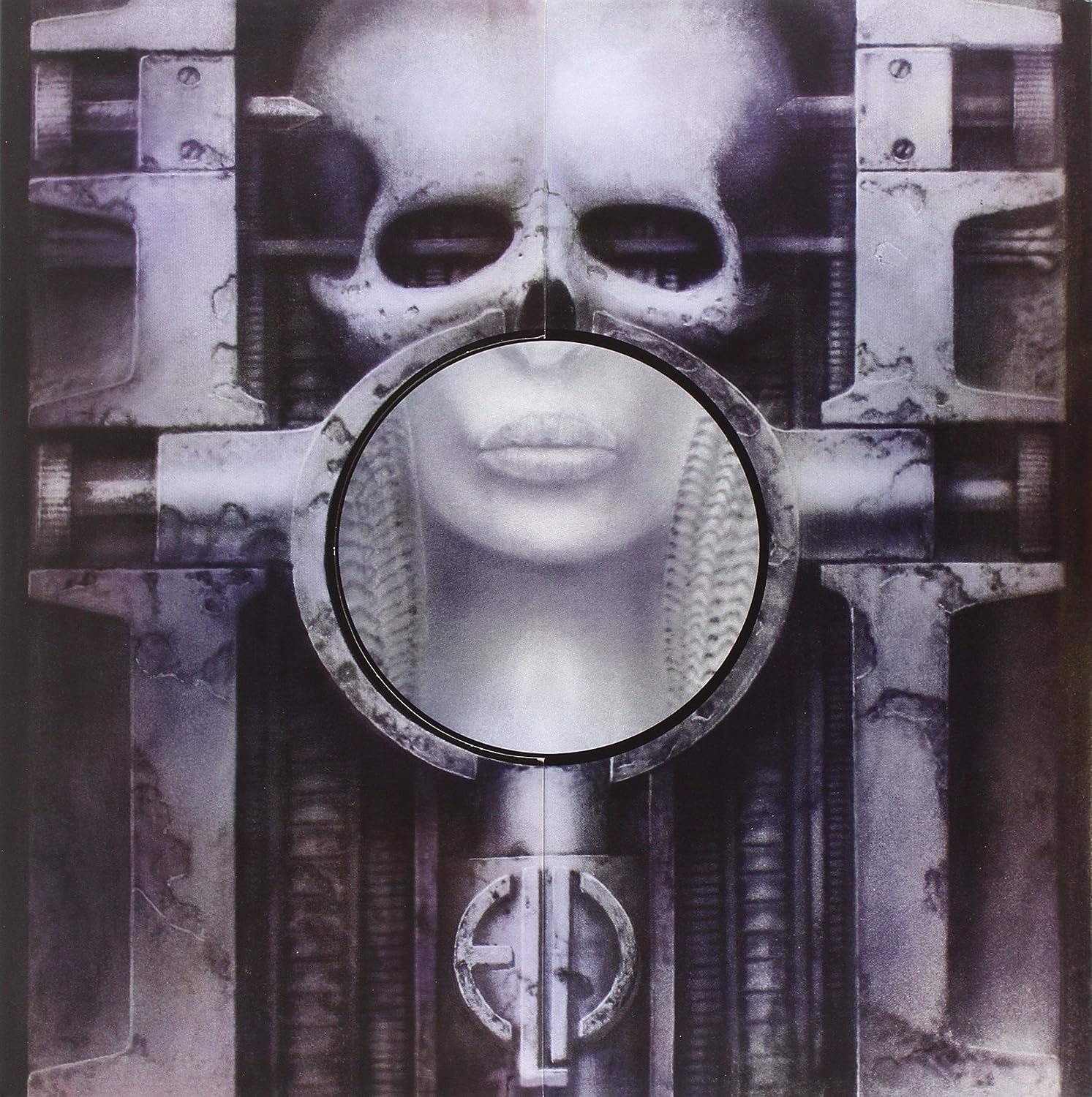 Anyone who has ever turned on a classic rock radio station has encountered a song by this group. With swirling keyboards, frenetic drums, and some of the most phenomenal synthesizer playing of all time, “Brain Salad Surgery” is nothing short of a masterpiece. The dark and brooding album cover is synthetic and mechanical, inorganic and indifferent to the emotions integral to the human condition.