1990’s ‘Flatliners’ Cast: Have their Careers Lived on?

With the new Flatliners trailer for the sequel of the same name recently being released, we wonder what has happened to the original five cast members from the 1990 cult classic?  Have their careers flourished, or have they… yes, I’m going to say it… flatlined? I think it’s safe to say we all know the career of Kiefer Sutherland has successfully lived on since the release of Flatliners.  This movie neither made nor broke his career, as his name was well known among genre fans from his starring role in 1987’s Lost Boys as the vampire David.  However, it did add to his long and impressive resume of interesting and eccentric characters.  Throughout the 1990’s Sutherland took major roles in large budget movies, continuing to grow his career.  Never to be anything less than a leading man, Sutherland has gone on to star in the critically acclaimed television series 24 which lived for eight seasons as Sutherland portrayed leading man Jack Bauer.  An additional 12 episode mini series was resurrected 4 years after the completion of his final season.  You can now see Sutherland on ABC’s Designated Survivor  in the role of the President of the United States later this autumn as it continues in its second season on the network’s fall line up. Julia Roberts has appeared not to have aged since her days on the set of Flatliners, nor has her career.  Being well known in Hollywood for her wild red hair, larger than life personality, and supreme acting ability, the starlet already had a Golden Globe under her belt from Steel Magnolias when she joined the cast of the sci fi/horror movie. Throughout the 1990’s and the first half of the following decade she was Hollywood’s highest paid actress, so her name being added to the sci fi/horror cult classic certainly didn’t hurt.  Since her Flatliners days she has only become more and more successful with her movie career including titles such as Mona Lisa Smile, Erin Brockovich, and Eat Pray Love.  Her acting choices have never typecast her to one role or genre, and her script choices continue to keep her in the spotlight.  Recently Roberts announced her first television project which will air on HBO later this summer entitled Today will be Different, based off of Maria Semple novel of the same title.

Kevin Bacon must be part demi-god to be looking this young for so long!  Despite taking more mature and content rich roles that reflect more than his good looks, it appears he has barely aged since his Flatliner days.  Bacon began his career with movies that displayed his easy going and comedic nature.  He had his debut in National Lampoon’s Animal House, but followed it up with small bit roles in televised soap operas.  Not until 1984 did the young actor finally have his first break out performance in Footloose, a movie which became box office gold.  1990 was a big year for Bacon in the sci fi/horror genre as both Flatliners and Tremors were released.
Genre fans soon connected him to his early 1980’s appearance in the first Friday the 13th movie and haven’t forgotten his name since.  In fact, not many people have.  His career has blown up so extensively and his roles have brought him in contact with so many actors across all of the genres that the trivia game ‘Six Degrees of Kevin Bacon’ was invented.
Having a huge connection to the horror and science fiction genre, Bacon stated in 2015 he would enjoy returning to the Tremors franchise.

Born into the Baldwin family it was pretty much pre-destined William would become a celebrity, but this actor first found his beginnings as a Calvin Klein model.  Flatliners was his second major picture, which is pretty good considering the all star cast he acted alongside with were already well established.  He then went onto movies such as Backdraft with Kurt Russel and Silver with Sharon Stone, which won him an MTV Movie Award for Most Desirable Male.  He then moved onto the sci fi thriller Virus with Jamie Lee Curtis.  These days Baldwin has been bouncing around the tv circuit doing shows such as Hawaii Five-0 on CBS and co-starring on 30 Rock alongside his brother Alec. 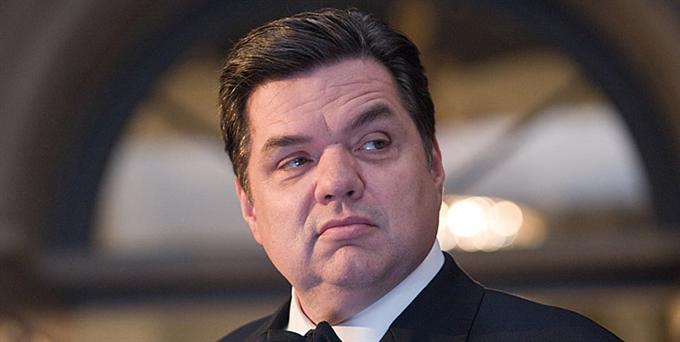 Much like his co-star William Baldwin, at the time of Flatliners Oliver Platt wasn’t as well known as his other 3 co-stars; Sutherland, Bacon, and Roberts.  His previous experience in films was limited, but began to build and take form in the following years.  He took roles that were both dramatic as in A Time To Kill, as well as those which were more eccentric, like his character in Lake Placid.  He later received high praise for his television role of Russell Tupper on Huff  which aired 2004-2006.  Dividing his career between movies, television, and even Broadway, Oliver Platt always found a way to keep his name relevant.  You can currently see him as the character of Dr. Daniel Charles on multiple television shows  in the Chicago P.D.  universe including; Chicago P.D., Chicago Fire, Chicago Justice, and Chicago Med.