Rev up your chainsaws, boys and girls, because Ash vs Evil Dead is going to be back for a third season before you can say “boomstick” – Sunday, February 25th, 2018 to be exact.

We’ve all known Ash Williams since 1980, but throughout the course of the first two seasons we’ve all most certainly fallen in love with two more characters from the universe in the shape of Pablo and Kelly (Ray Santiago and Dana DeLorenzo). Maybe even Ruby as well, played by Lucy Lawless, but that could be up for debate depending on how you view the character. Now in the show’s third season, we will be introduced to a brand new character: Ash’s daughter!

Ash vs Evil Dead included Ash’s father Brock (Lee Majors) in the second season, his sister in the original film (who returned during an outstanding episode in the second season as well) and now we’ll get to meet yet another member of his family who comes in the form of Brandy, played by Arielle Carver-O’Neill. It’s nice family programming, except drenched in blood and violence!

We’re able to bring you three new images thanks to Den of Geek, which you can view below.

The third season finds Ash’s status in Elk Grove, Michigan has changed from murderous urban legend to humanity-saving hometown hero. When Kelly witnesses a televised massacre with Ruby’s fingerprints all over it, she returns with a new friend to warn Ash and Pablo that evil isn’t done with them yet. Blood is thicker than water in the battle of good vs Evil Dead!

If you’re so inclined, IGN has posted an advance review of the first episode from the screening at NYCC. They’ve also gifted us with a pretty glorious image of Ash fighting something half deadly, half cute. This season seems like it’s gonna be a blast – pun intended. 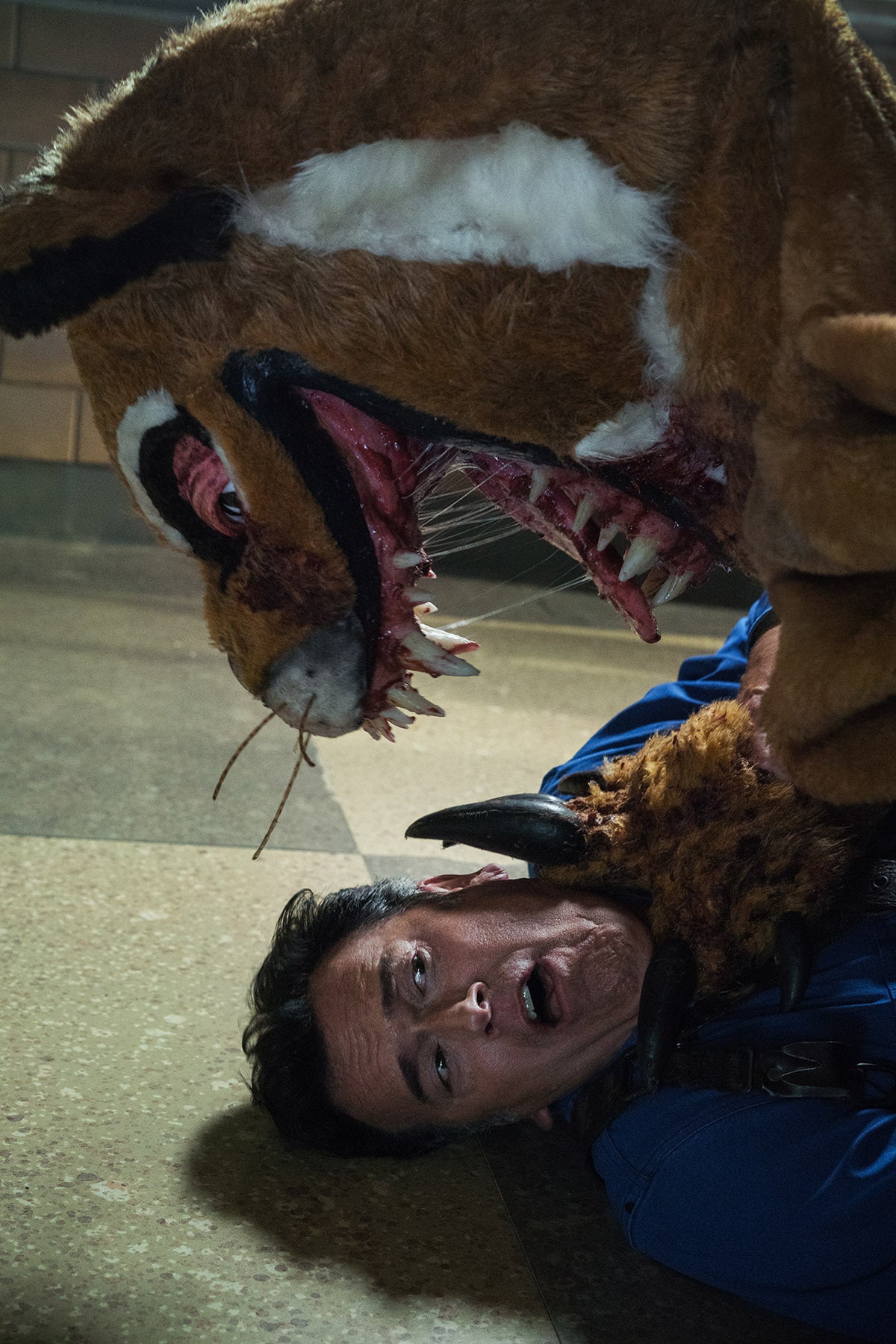