Fiona Dourif achieved status as a horror fan favorite with her recurring role in the Child’s Play franchise, starring in Curse of Chucky and the recent sequel, Cult of Chucky. Her killer impression of Charles Lee Ray – a role originated by her father, Brad Dourif – highlighted the family resemblance and her knockout talent as an actress.

So, of course, we’re excited to see that Fiona Dourif will take her crazed charisma to the small screen in USA Network/SYFY’s upcoming The Purge TV series.

As reported by Deadline, Dourif will play the “cool and offbeat” role of Good Leader Tavis, a “much-adored charismatic cult leader, dispensing blessings to her fawning followers”. The character is currently slated as a recurring role, but we don’t have any details on how prominently Good Leader Tavis will be featured.

Fans of Dourif can also find her as “holistic assassin” Bart Curlish on BBC America’s Dirk Gently’s Holistic Detective Agency, though the show was recently cancelled after just two seasons.

In a recent interview with Entertainment Weekly, the show’s executive producer, James DeMonaco, clarified that The Purge TV series will feature a a hefty amount of “night-of” mayhem.

“I’d say it’s 70, 65 percent Purge Night and then 30 percent flashback,” said DeMonaco. “We follow four what-seem-to-be separate storylines of people going out on the evening and experiencing the Purge”. 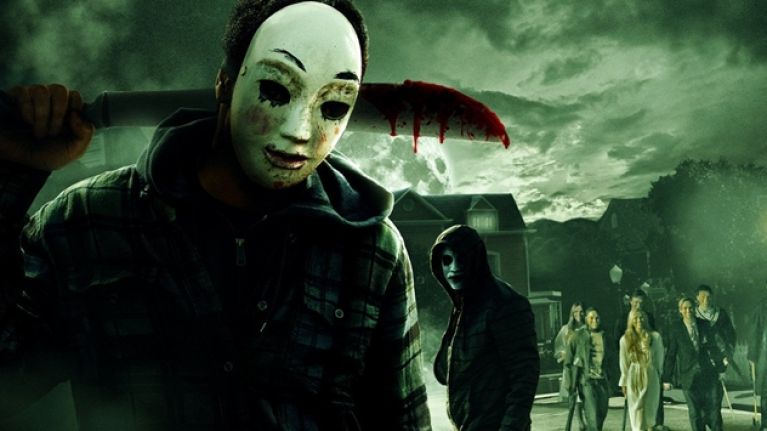 William Baldwin (Flatliners, Backdraft, Gossip Girl) will also have a recurring role as Don Ryker, the managing partner at the investment firm where Jane (Amanda Warren) works. As previously detailed by Deadline, Don is inspirational and enlightening as a boss, especially when it comes to Jane’s fast-rising career, but he harbors resentment toward her; the kind of bitter emotional substance tends to ignite come Purge night.

With the upcoming release of The First Purge (coming to theaters July 4 – how fitting), this seems like a great time to build momentum for the new TV series.

You can check out the trailer and poster for The First Purge below and let us know what you think in the comments!

For more on The First Purge and the upcoming TV series, check out our exclusive interview with the series’ creator.