Marcus Nispel is a director famous for his re-makes. From The Texas Chainsaw Massacre (2003) to Friday the 13th (2009), the film maker has endured many criticisms from fans and devotees. Although some of his past works are not original stories, his new movie “Exeter” is a personal project that grew from his love of film and devotion to the craft. He hopes that audiences will look at this project as a piece derived from the love of horror that he shares with us all.

The director talks to me about his beginnings in the business, his work for Michael Bay, and gives iHorror the exclusive on a future project that he says has never been given a thorough treatment. The director even tells us what his favorite remake is from the last few years. But it is his new movie “Exeter” that will hopefully prove to viewers that he knows his craft, and finally put to rest that he is only a re-make legend.

Nispel is a friend of the fans because he is one. As a young man growing up in a small suburb of Germany near Frankfurt, he made his way to the states where he knew that he must get a job. His father worked at an ad agency and Nispel followed suit. A little while later, he was offered another job at a company that worked closely with big directors. He says that it was an offer he couldn’t pass up, “They did marketing for movies, and so they asked me if I wanted to work there and I was like elated, you know; I would rather do that than work on baby diapers.”

His first experiences with the Hollywood elite taught him a lot about the humanity of the business. He says that these talented men were not the bullet-proof superheroes he once thought they were, but they too had insecurities:

Starting out with music video documentaries for artists such as Faith no More and directing the video for Janet Jackson’s Runaway, Nispel finally emerged as a motion picture director in 2003, where Michael Bay and Platinum Dunes hired him to remake the classic movie The Texas Chainsaw Massacre. He recalls a time when Bay helped him toward the end of the film (spoiler):

“A funny thing happened while we were doing ‘Texas Chainsaw’ in the end we had like one day for pick- ups, and Michael actually said, ‘You know what, at the end, he should take one more swipe at her and come out of nowhere even though you think he’s dead, or she left him behind, and I think it would be a good scare at the end.’ And I said sure let’s try it, so we shot the scene, and when I watched the movie again with the editor for the hundredth time, I didn’t know he had already got the dailies and put that scene in, and as I sat through the movie, sort of complacent, at the moment that that happened, I just jumped out of the seat and I said, ‘Shit, this works!’”.

And it did work, the film went on to gross $80 million domestically. Although he says Jessica Beil was not his first choice for the psychologically and physically tortured lead Erin:

“I can’t take any credit for that, I didn’t know her from the T.V. show. All they did is they showed me some Maxim cover and they said, ‘Hire her’. Because when I met Michael Bay, I was like, you know what? For the part of Erin, I really think we should find somebody vulnerable; the next Sissy Spacek, and then when the meeting was over, Fuller looked at me and said that’s not going to happen—not with Michael at the helm (laughs).”

Six years later, Bay would approach Nispel again to direct a reboot of one of the most beloved slasher films of all time, Friday the 13th. Once a franchise that would churn out sequels every few years, it had been nearly six since the last installment of the series; Freddy Vs. Jason. Although fans may have felt let-down by the re-make, it still went on to be a financial success, earning $65,002,019 domestically. 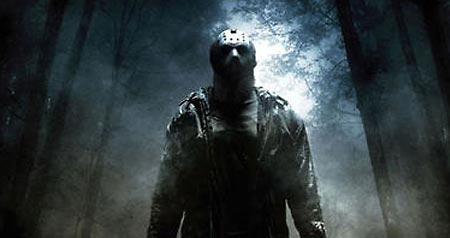 A legend rises again thanks to Michael Bay and Marcus Nispel, “Friday the 13th” (2009)

Nispel is very thankful for his experiences with doing the remakes, “Michael Bay and Platinum Dunes have done wonderful things for me, and if anything, we made a re-make. I don’t think we meant to start a re-make craze.”

Nispel has moved on and is releasing his labor of love “Exeter” this year. The movie follows a group of young men and women as they explore the old asylum of the title’s name. Nispel was inspired by the script from having been a fan of possession movies, “When I thought about the theme of exorcism, it was something I wouldn’t have dared to approach in the past. I had no qualms remaking ‘Texas Chainsaw Massacre’ but I always felt that ‘The Exorcist’ was the ultimate horror movie, the last word of exorcism. But they made some pretty good movies with exorcism and there was almost like a craze all the sudden, the flood gates just got widely opened.”

The building in the film is an actual place located in Rhode Island. The director, after piecing together a story by Kirsten Elms (Texas Chainsaw 3D) and writing an outline, wasn’t sure where the then titled “Backmask” would take place. Someone suggested Rhode Island. Concerned about how creepy the location would be, Nispel turned to the internet for a better understanding:

“I Googled ‘scary places in Rhode Island’ and Exeter came up,” he said, “There were pages and pages and pages on supernatural phenomena, some crazy stuff; I was amazed. When we arrived, the entire facility—it is really the main character of the movie—was closed down already for 50 years, and we had to break down a cinderblock closing to the entrance; when we walked in, we walked into a place for fifty years nobody stepped foot into, it was like a time capsule and the ceilings started to cave-in and crumble and they were turned into plant-able soil on the bottom, it was unbelievable. We would walk around and open doors that nobody had opened for fifty years, there were circles of therputical wheelchairs; they set in circles, looking at each other. It was the first production I have ever done where I never even went to the prop house, I said, ‘take that bed from there, take that lamp from here, it was crazy—one stop shopping.”

Turning the genre on its head: Nispel’s “Exeter”

The possession genre is one niche that seems to keep improving itself. Films such as The Conjuring, Insidious and even the recent remake of The Evil Dead have put fresh spins on a genre that seemed to have died 20 years ago. But Nispel is taking his love of movies and his skill as an artist and applying them to his movie, “With ‘Exeter’ there was actually another main ambition…The way it happened is Steven Schneider in the wake of ‘Paranormal Activity’ and ‘Insidious’, asked why don’t you want to make a movie like that with us? You can do whatever you like, but give us roughly a one-page outline. I gave them forty pages like a week later. I felt inspired by the idea because I said ‘look, I know one thing, it’s not going to be a found footage movie, and it’s not going to be a remake, we’re both going to do something new here.’”

And from the sound of it, they did. Formula pictures work well because the audience is used to the plot and the character developments which rarely change. Nispel hopes that “Exeter” will follow certain working elements of a formula, but change them up slightly:

“The real interesting part that sort of evolved, I mean I knew when I wrote it, it’s like essentially three different movies in one—it’s like a marketers nightmare—because it’s not ‘Scary Movie 5’ it’s also not “The Exorcist’, but what it is instead, the first act is almost like a party movie, the second part is a paranormal movie and the third part is like a downright slasher flick. You get into this comfortable place thinking you know what you’re watching.”

The director would like nothing more than to scare the pants off of you in “Exeter”. But with his experience and knowledge of art and the execution of it, Nispel wants to make you think a little bit more while also being thrilled. He tells iHorror that although “Exeter” is not be a remake, one recent possession film was, and it managed to remain scary and entertaining:

“While I was doing it [Exeter], actually while I was casting it, I had to sort of flip a coin at a certain point—usually, I am very opinionated; it really could gone this way or that way. Do I go for downright scary, or do I go for entertaining? And you see when they re-made Evil Dead, which I thought was the best remake I’d ever seen of late, it didn’t have the humor of the original “Evil Dead’ it didn’t have any of those contrivances. So it stood on its own, and I thought it was great!”

Nispel gives iHorror an exclusive as to which project he may be working on next. The Manson story has been told many times, but it has never been given the treatment that Nispel wants to see on film:

“The last 10 years I’ve been trying to do something that finally came to fruition, and we came up with a script that is actually getting quite some buzz on Linda Kasabian’s time and the Manson clan. And it’s an inside view of what that looked like. I thought I knew the story, but now I’ve read like 15 books on it so I’m like a walking encyclopedia. They were not at all how we thought they were.” 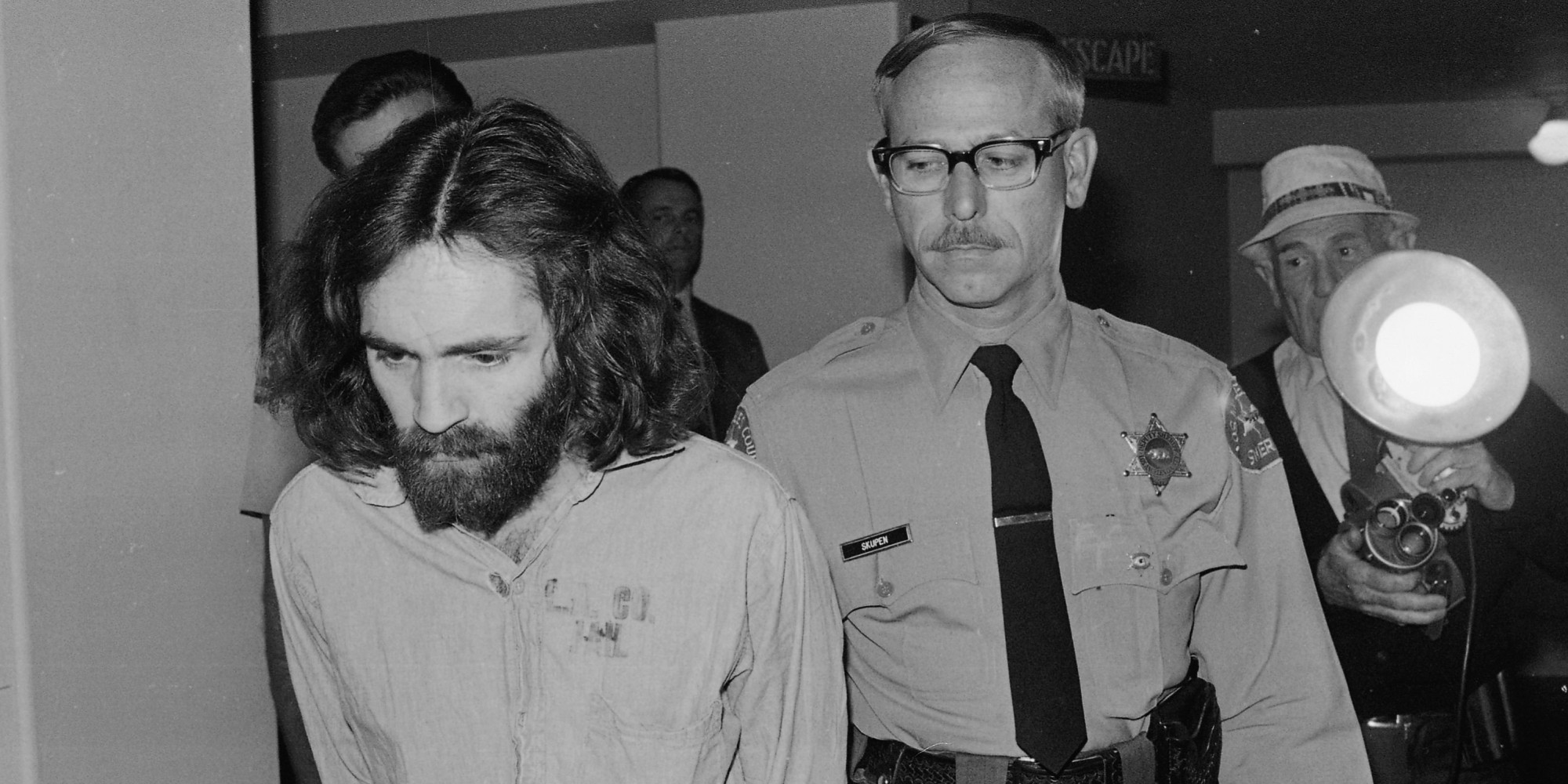 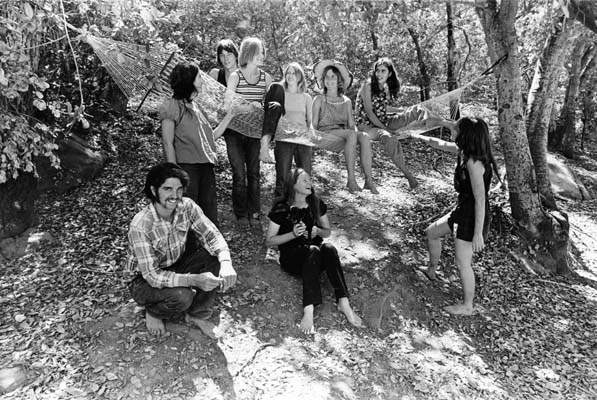 The story hasn’t been fully told

Whether you like Marcus Nispel’s remakes or not, there is no denying that he knows his craft. He has been pleasing people nearly all of his life through print and film. He loves the medium and draws inspiration from some of the best in the trade. His movies may seem like re-makes on the surface, but if you dig a little deeper to appreciate his intentions, you may discover that they aren’t warmed over, but instead warmed up. “Exeter” is his gift to you horror fan, and he wants you to look upon it with un-tired eyes, “I felt I owed the world maybe the movie I should have done first.” He said.

It Follows Sequel Already in the Works?