Look, if you’re perusing this post, or anything under the iHorror umbrella, you’re not only a fan of horror, but also things that go bump in the night and have no need for everything to be cute and cuddly.

And holidays are no different.

With Easter right around the corner, and following a recent viewing of the most disturbing on-screen rabbit I’ve ever seen in Holidays, I took to Pinterest to unearth images that had less to do with bunnies and carrots and more to do with creepiness and badassery.

Make no mistake, there are some cleverly cute offerings to whet the appetite, but that quickly devolves into childhood encounters that led to extensive scars and pyschiatry and finally to a handful of selections that even the hardest of horror fans might find unsettling.

So grab your basket and let’s get hoppin’.

Awww, a hatched Xenomorph. If this were real, Cadbury sales would soar. Bunny to some, demon to others. 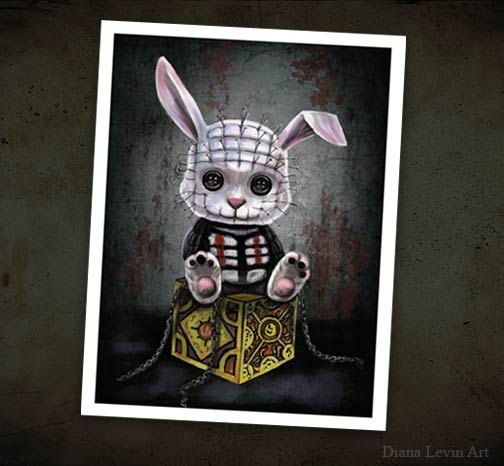 Some simply don’t play well with others. 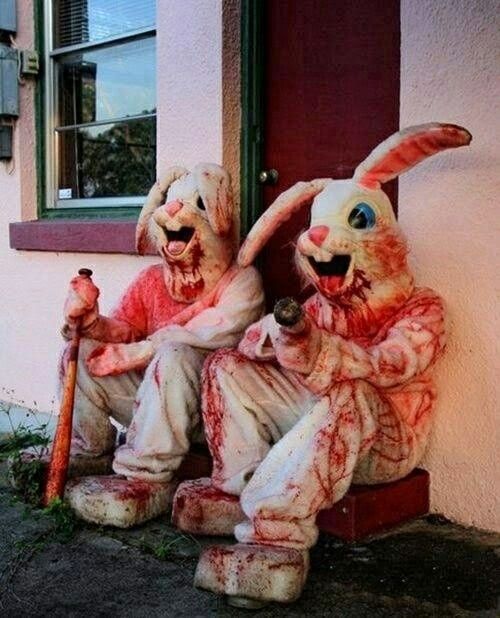 Keep them out of the sunlight, don’t get them wet and whatever you do, don’t feed them after midnight. You might want to think twice about letting your kid frolic about at the local Easter egg hunt. 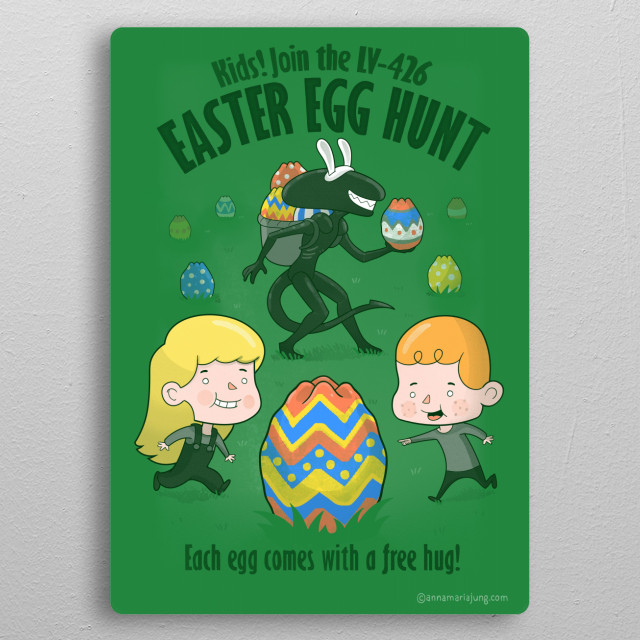 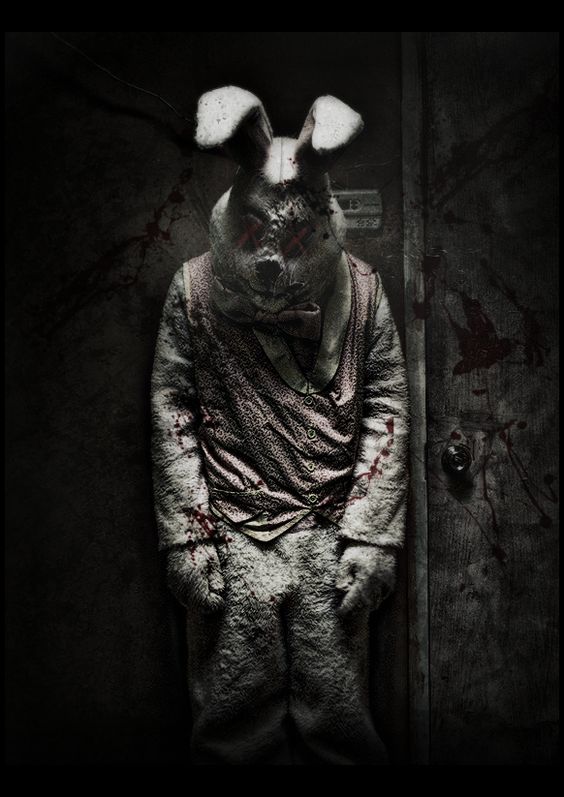 This bunny looks more like a dim-witted German Shepherd. The little ones can’t be blamed for their concern. This off-putting. 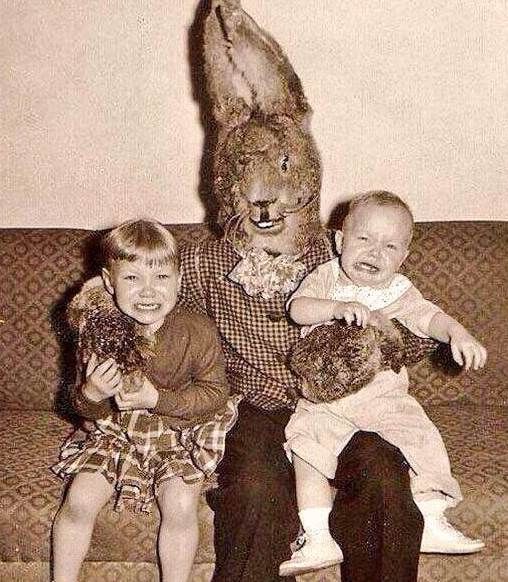 The twins weren’t quite as fond of Sharni Vinson after she donned the mask. 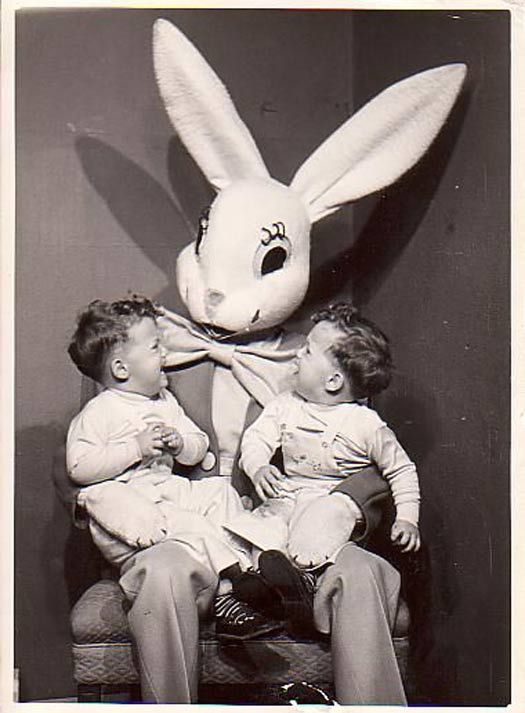 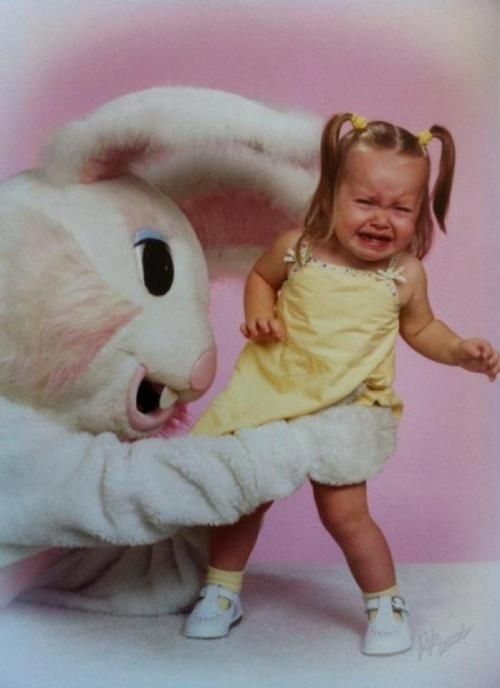 Look at the boy’s face. That is not a happy wave. He’s saying goodbye. 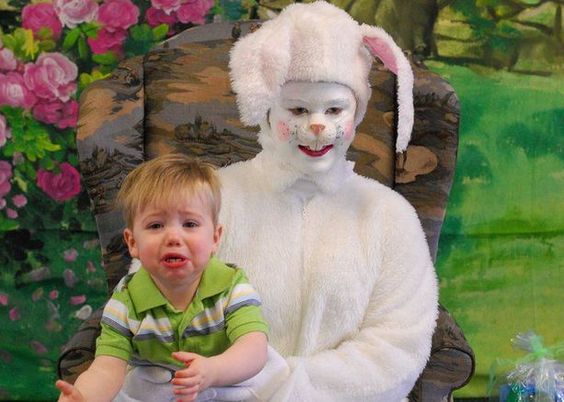 The twins grew up and found they had a taste for Easter after all.

Picture by Valley of Strangers. Reminder: Plucking jelly beans out of someone else’s basket without asking is ill-advised. 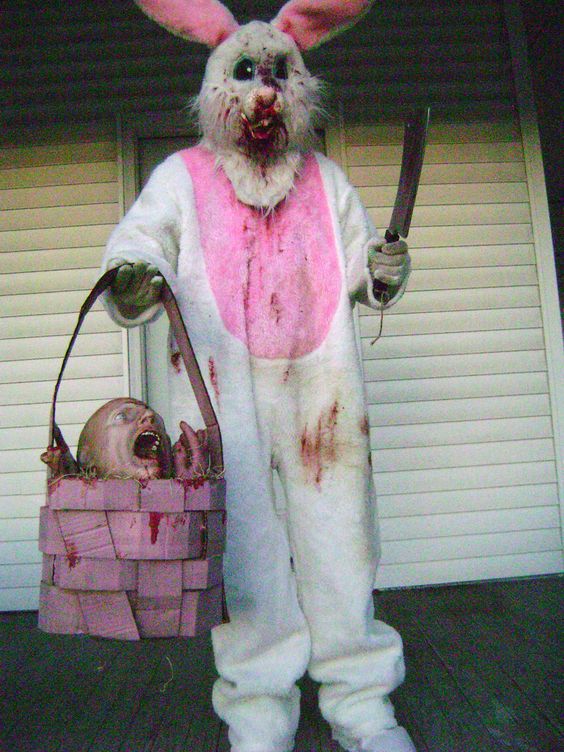 Sometimes the hunt has nothing to do with eggs.

Picture by The Darker Side of Temptation. …Because you were home. 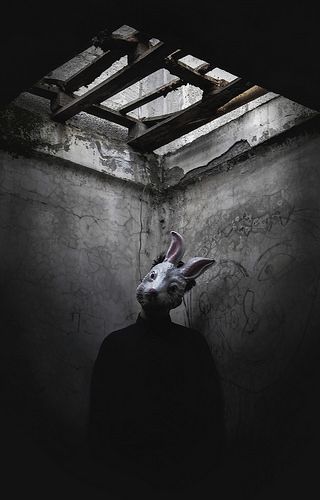 My best guess is that this was the result of a fever dream some unfortunate soul had after watching Dog Soldiers. 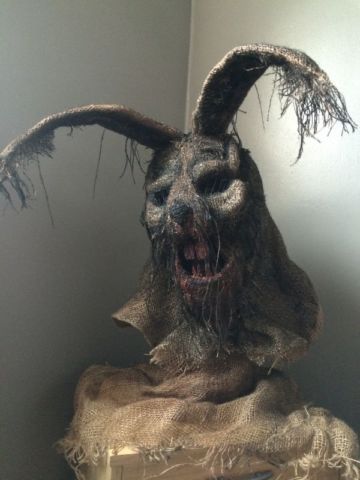 If you wake to creaking in the middle of the night and open blurry eyes to this, here’s to hoping you’d said your prayers. 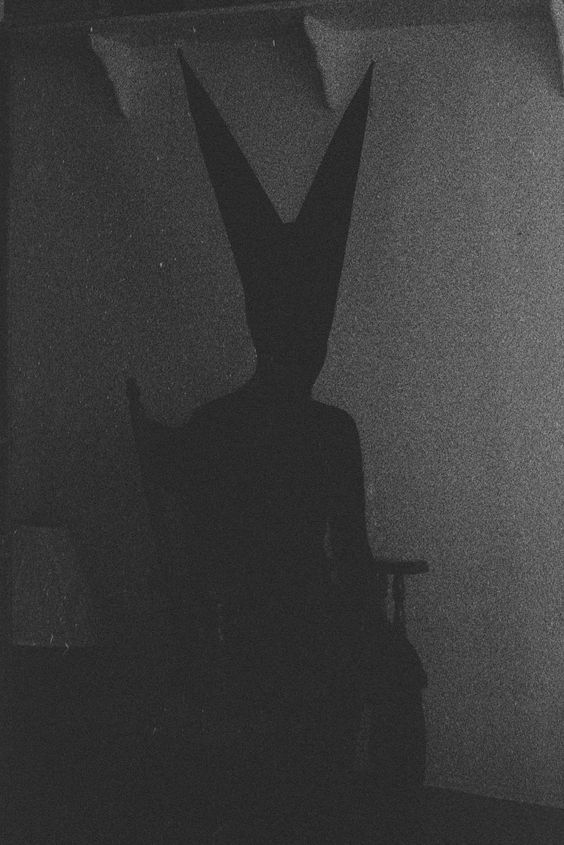 Cottontail is Kong and the egg is Fay Wray. To quote Dr. Ian Malcolm, “Must go faster.” 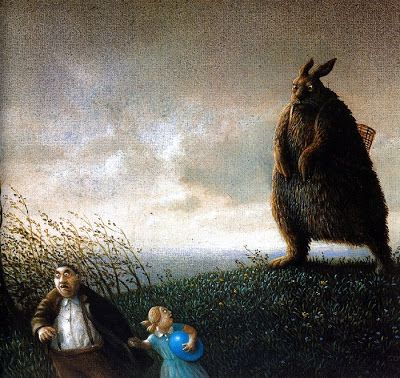