Alien vs. Predator: Requiem is a pretty solid sequel, but in comparison to its predecessor, that’s not saying much.

I saw the original AVP at the theatre and I was extremely disappointed to say the least.

Whenever a film from either franchise is announced, I become obsessed, so my expectations are significant.They’re not only a couple of my favorite franchises, but the sci-fi/horror subgenre as a whole is my most celebrated category, no matter the medium in which it is presented. 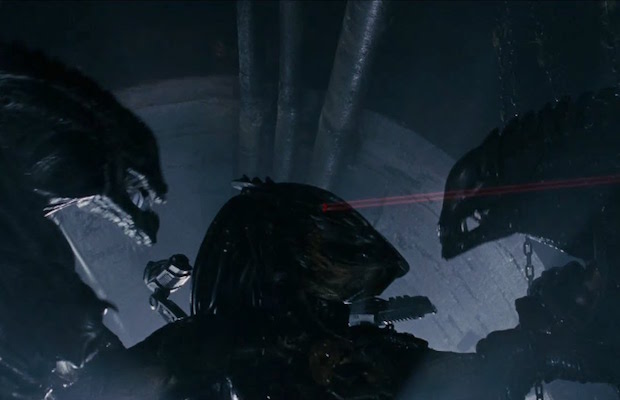 My experience with the sequel was a lot better: it received a hard R-rating (the lack-of-which contributed to the failure of its predecessor) and took advantage of it, by delivering gallons of red and green gore.

Plus the introduction of the colossal Predalien in all its gruesome, practical glory. 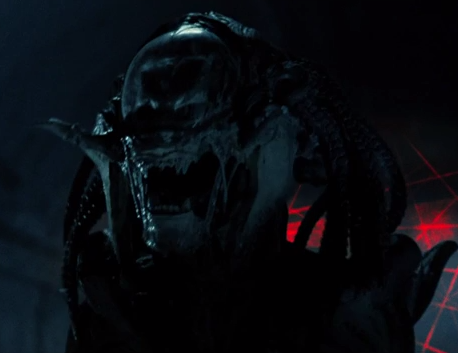 Requiem knew what it was from the beginning, an over-the-top alien versus movie with some shitty human characters thrown in the middle as cannon fodder.

(Seriously, that’s all they’re good for).

This was a big budget movie, and it shows, the CGI and practical effects are outstanding for the most part and for an 11 year old film–it has aged very well.

The dependency on the practical aspects of special effects is where I found the film to be at its most impressive.

With the majority of films released these days relying on quick and unimpressive digital effects, it’s refreshing to see corporeal creations again.

That being said, the Aliens (aside from the Predalien) actually looked better digital. Most of this has to do with a change in the creatures design, particularly in regards to the face and multiple mouths.

(But this is more of a personal critique, rather than a critique of competence or execution).

I mentioned earlier that the human characters were shitty and essentially worthless beyond upping the body count. All of my major critiques revolve around: the characters, and the dialogue.

They are atrocious to say the least. Every character is unlikable, with the extent of their personalities consisting of exhausted cliches. The actors are overly dramatic and take their roles far too seriously.

The Older brother (Dallas) has just been released from prison, only to discover his younger brother (Ricky) is going down the same path. Ricky is in love with the girl next door (Jesse) who is dating an asshole (Dale) who hates Ricky because the script tells him to. Dale and his crew unleash some truly masterful insults on behalf of Ricky’s pizza delivery uniform, “That’s a cute outfit Ricky” and “Yeah, isn’t Halloween in October?”

My Favorite Character is The Predator

My favorite character – and I’m not ashamed to admit this – is the Predator (the Wolf Predator to be exact).

The Predator’s design: dual plasma cannons, bladed whip, throwing stars, studded helmet, and brute force strapped to an alien on a mission of revenge across the universe.

I wish we could have just followed the Predator, it would have made for a far better movie. This alien has such character and is such a bad ass, I could follow that character anywhere.

I believe the original makeup effects from 1987 masterfully crafted by Stan Winston are amazing, and arguably one of the most realistic creations brought to the genre.

Every film after the original has some serious shoes to fill in terms of the creature design, and I have yet to be impressed with anything that has proceeded the classic man hunter.

Requiem and the lesser Predator from the 2010 film Predators are the only two that have come close to giving the original a run for its money. 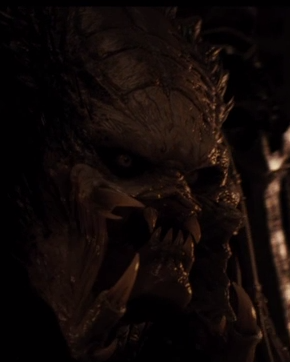 Overall, I enjoyed this movie very much. But the human characters are nearly unbearable and has an unfortunate impact on the amount of stars I can give the film.

If you enjoy the Predator or Alien franchises, iHorror has many awesome articles featuring the titular creatures like Michael Carpenter’s piece on the prospect of an Alien TV series, or this piece by Kelly McNeely featuring the trailer for Shane Black’s The Predator.

Could Jordan Peele be the New Host for ‘The Twilight Zone’ Reboot?