In an interview with The Movie Crypt, fan-favorite Adam Wingard (You’re Next) made a pretty shocking announcement: he almost directed the new Halloween movie. What’s even more impressive is that he received an email from the master himself, John Carpenter, expressing his confidence in Wingard. This could have been huge.

As you all probably know by now, Adam Wingard is not directing the movie. Instead, David Gordon Green is. It will be executively produced and written by Danny McBride. Yes, Danny McBride as in Eastbound and Down. Wingard elaborated during the podcast:

“You know, I almost actually did the Halloween movie that they’re doing. It almost happened, but the deal just kinda fell apart. When I found out those rights were available I was immediately trying to figure out how to get in on that. But ultimately what I realized was I kinda already made my Halloween movie with The Guest. So it felt like it would be retreading on that kind of thing. In a way though, I still want to do a Halloween movie.”

“I actually got an email, in confidence, where Carpenter was basically… He actually gave them the thumbs up for me. And I kinda walked away from it like, I just got everything I wanted out of this job, you know. Like I just want approval from dad. And I walked away like, ‘This is about as good as it gets.’”

For better or for worse, Wingard won’t be involved in the project. However, you may remember that when Carpenter announced that McBride would be doing it, he seemed nothing short of ecstatic. So I wouldn’t worry. I’m hoping for this next Halloween to really kick some ass, and if Carpenter is excited about it, well, I guess that I am, too.

Stay tuned for more updates on the new film as they come rolling in. In the meantime, here’s a picture of Michael Myers drinking Dr. Pepper. It appears as if he has a human stuck in his throat as well. Interesting…

* This story has been corrected to reflect that David Gordon Green is scheduled to direct, not Danny McBride as previously reported. 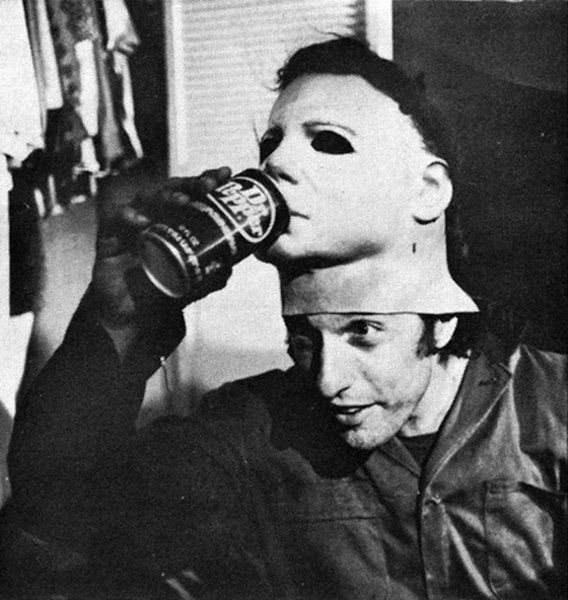