It’s been nine years since the horror movie Megan is Missing hit theaters, and now social media is giving it new life.

The controversial film has been mined by a new generation of young adults on Tik Tok, and it’s traumatizing them according to EW.

“I’m scared to go out now,” said one poster. 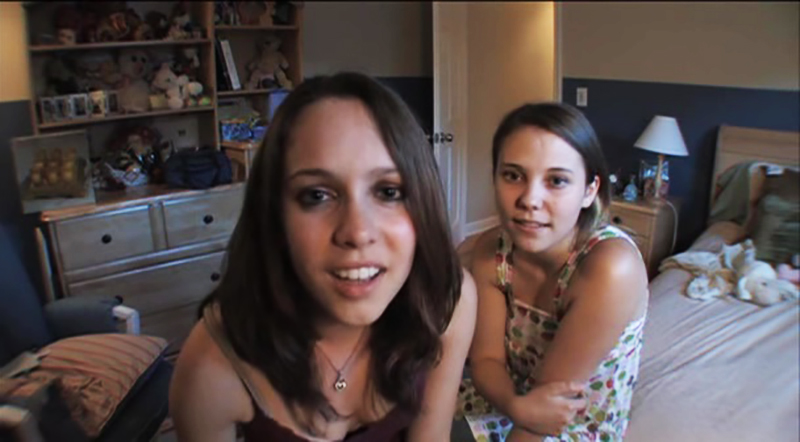 EW breaks down the plot just in case, like me, this is all news to you:

“Written and directed by American filmmaker Michael Goi in a found footage style, Megan Is Missing tells the story of two teenage best friends, Megan Stewart (Rachel Quinn) and Amy Herman (Amber Perkins) in North Hollywood, Calif. After Megan begins talking to a boy she met online, she disappears, leading Amy down a treacherous path in hopes of finding her.”

Tik Tok isn’t the only place the intense film has been trending. Twitter is also blowing up with tweets about the low budget pseudo-realistic film.

But, is Megan is Missing in fact real? No, not in the cinematic sense. In other words, the footage is produced.

It is partly inspired by the real-life disappearance of Ashley Pond and Miranda Gaddis in Oregon City, Oregon back in 2002 according to IMDb. The movie was finished in 2006 by director Michael Goi. However, it wasn’t until Anchor Bay picked it up in 2011 that it hit theater screens.

Reviews were less than raving, citing the rudimentary performances by its stars and the provocative subject matter.

“The feature depicts sexual violence and sexual conduct involving young people to such an extent and degree, and in such a manner, that the availability of the publication is likely to be injurious to the public good,” the Office of Film and Literature Classification wrote. Goi reacted to the film’s upswing in popularity on Twitter with a warning.

“I got a text from Amber Perkins, the lead actress in my movie, that it’s exploding on TikTok at the moment,” the director said in a video. “I didn’t get to give you the customary warnings that I used to give people before they watched Megan Is Missing, which are: do not watch the movie in the middle of the night, do not watch the movie alone, and if you see the words ‘Photo No. 1’ pop up on your screen, you have about four seconds to shut off the movie if you’re already kind of freaking out before you start seeing things that maybe you don’t want to see.”

He adds: “Apologies to those who are already posting about how the movie is already freaked them out. Fair warning to those of you who are still contemplating watching the film.”

If you are brave enough to endure the subject matter and the reportedly shoddy acting Megan is Missing is now available for rent on Amazon Prime, Google Play, and YouTube.  Good Luck!

For more information on missing children or how you can help find them click HERE.