Over the course of 12 films, there have been over 181 deaths that have occurred in the Friday the 13th franchise.

We all have our favorite characters, some who have lived and some who have died. These 10 characters are my personal favorites from the Friday the 13th franchise that I believe didn’t deserve to meet their untimely deaths at the hands of Jason Voorhees or his mother Mrs. Voorhees. 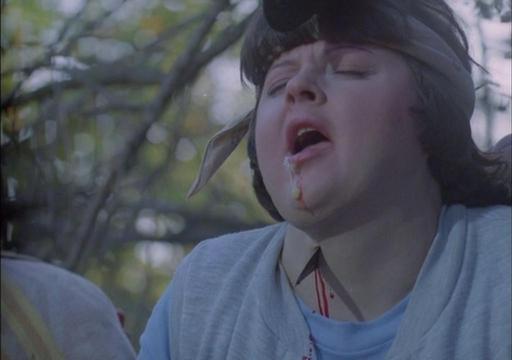 At the bottom is who I like to call the Banana Girl (Bonnie Hellman). Even though the character doesn’t say a single line, I just love this character. She is just a hippy-dippy hitchhiker with her ‘Peace & Love’ sign with ‘Fuck You’ on the back of it. All the character was trying to do was just eat her banana, causing no harm to anyone, and here comes Jason shoving a knife through the back of her throat. But I guess that’s what you get for hiking near Crystal Lake.

The only guy to be on the list, but once you saw Mark (Tom McBride) roll out onscreen in his wheelchair, you just knew he was a goner. This poor guy never had a chance. Out of the guys in the franchise, Mark was actually a decent guy, lovable, not a complete horn dog, and was in “training,” but we’re not sure for what exactly. There is the fact that he and Vickie (Lauren-Marie Taylor) were about to have sex, which is a big no-no at Crystal Lake. But he was in a wheelchair, what harm could he really do?

Oh, sweet and innocent Annie (Robbie Morgan), you just wanted to cook for the children at Camp Crystal Lake. She definitely didn’t deserve to die as she truly loved children and taking care of kids, which you would think Mrs. Voorhees (Betsy Palmer) would appreciate. Annie was just a lovable character, and the poor girl doesn’t even get the chance to make it to camp as she is killed before she gets to Camp Crystal Lake.

We’ve all been there, the one wanting to be noticed by our crush. In the New Blood, that’s Maddy (Diana Barrows), who just wants to be noticed by Eddie (Jeff Bennett). She even gives herself a little “touch-up,” so many of us could relate to Maddy in that moment.

Maddy didn’t deserve to die as she was one of the only ones to go out of her way and be nice to Tina (Lar Park Lincoln), she just wanted to be liked and was a wholesome girl. Maddy was unlucky when it came to love and when it came to surviving a Friday the 13th film.

Even though Lizbeth (Nancy McLoughlin) died early on, and is only in one brief scene, she is still one of my favorite characters in the franchise. She’s the Randy (Jamie Kennedy) character of Jason Lives. Her death comes when her and her boyfriend Darren (Tony Goldwyn) end up in the crossroads of Jason.

Lizbeth has seen enough horror movies to know someone wearing a mask is never friendly. Like many of us she just wanted to get out the hell out of there. Lizbeth was smart, but it was Darren who got her killed; he wanted to go up against Jason. Like really? Who does that?

You have to love Lizbeth though as she even tried to ply Jason with cash and her AMEX card not to kill her. This alone made me wish Lizbeth lived.

This is the kill in the franchise that I’ve never quite understood, especially with Jason having “mommy” issues. Why kill Mrs. Jarvis (Joan Freeman)? She was a sweet, Leave It to Beaver kind of mom. No real threat to Jason.

Mrs. Jarvis was even very similar to his own mother, Mrs. Voorhees; protective of her children, nurturing, caring. Always found it strange that Jason ended up killing her when there was no real reason to kill her off other than to add to the body count.

Out of all the kills in Jason Lives, Paula’s (Kerry Nonnan) is unwarranted. She invoked everything that a ‘Friday Final’ girl should possess. Director Tom McLoughlin, even misleads you to believe that Paula is the final girl.

In the film, Paula is warm, charismatic, the girl-next-door type; while also dependable as she is one of the only counselors to check on the kids. Paula is the type of girl that’s known to survive a horror movie but, in this case, she is hacked to pieces by Jason.

Paula is also the sister to another girl on this list, Lizbeth, and even though Megan (Jennifer Cooke) makes a terrific final girl, Paula would’ve made one as well as she reminded me of a combination of Alice (Adrienne King) and Ginny (Amy Steel). 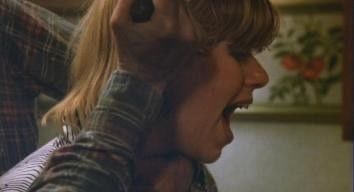 Speaking of Alice, she is the only survivor of a previous Friday the 13th film to be killed off in a sequel. Which is totally undeserving, especially after all Alice went through in part one. Alice was the one to face down Mrs. Voorhees, and decapitate her. Alice proved she could hold her own and Alice certainly deserved to go out fighting, not how she did, with an ice pick in her head.

Come to think of it, Alice is one of the only ‘final’ girls in horror films to actually kill the killer. So, it feels like a slap in the face to fans who rooted for Alice in the original for her just to die within the first 20 minutes of Part II. 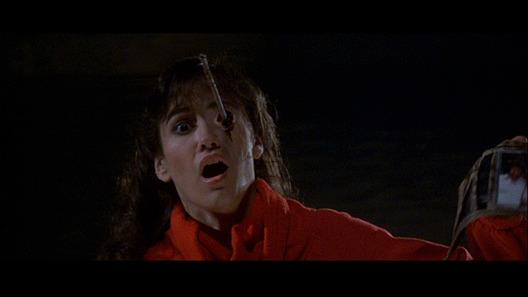 No offense to Chris (Dana Kimmell), but I believe Vera would have made a better ‘final’ girl as she was sassy, tough, independent, and was a take-no-crap from anyone type of girl. There was more to Vera than just being tough and strong, she had a caring heart, eventually even coming around to caring for Shelly (Larry Zerner)–just as a friend though.

A definite missed opportunity in the franchise not to have a Hispanic take the helm as a Friday the 13th final girl. Out of all the deaths in the Friday the 13th franchise, Jenna’s (Danielle Panabaker) death, in the 2009 reboot, still infuriates me. Jenna possessed the qualities of all the past Friday girls; strong, smart, resourceful, sweet; basically, all the previous final girls wrapped up in one.

We’re led to believe that Jenna is our final girl as most of the film follows her and Clay (Jared Padalecki) searching for his missing sister Whitney (Amanda Righetti). Jenna also had to deal with her douche boyfriend Trey, betraying her by sleeping with her friend. Jenna certainly deserved to survive, especially after getting cheated on.

Jenna undeniably didn’t deserve to die at all as she was so close to escaping. If Clay was a gentleman, he would’ve let the girls escape first, and maybe Jenna would have survived. Instead, she got a machete through her heart.

With this being a reboot, it was a chance for the franchise to have a fresh start and have both Jenna and Whitney survive, as we’ve never had two females survive a Friday the 13th film together before.

Now that you know my favorite characters.

I want to know, who are some of your favorite characters that didn’t deserve their grisly fates by Jason or his murderous mother?